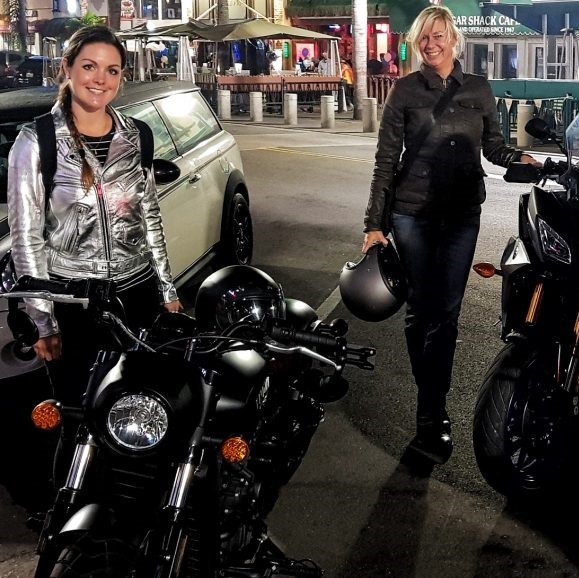 If I’ve learned anything on our Central Asia trip, it’s to reduce my luggage to a minimum and pack smart. The €400 cheap flight with the A380 only includes hand luggage, but despite my motorcycle gear, I get with a backpack and carry my helmet separately in a shoulder bag. Barbara and I are running late and when we got through the 2nd security check, boarding has already started. The flight is super pleasant and comfortable because we are sitting in an A380 and there is enough legroom even in economy. After 11.5 hours we land in LA on Wednesday afternoon. Entry is easy and 1.5 hours later we are in the Uber towards Huntington Beach. It’s late afternoon, the sun is shining, it’s 25°C. feelings of happiness.

My friend Juliana is already at home and welcomes us in her apartment. We pick up the bikes from her place of work that same evening, which is about 30 minutes from Huntington Beach. Barbara rides the new Yamaha Tazer 900, I ride the S1000R and Juliana the Indian Scout Bobber. After 10 minutes we stop at a gas station and Juliana and I swap bikes. I know the S1000R, have ridden it a few times, but somehow it doesn’t suit me at all today.Juliana thinks I should try the Scout and what can I say: It’s love at first meter. The Scout and I merge instantly. It looks brutal, has a mega sound and I feel cool ass. What more do you want? 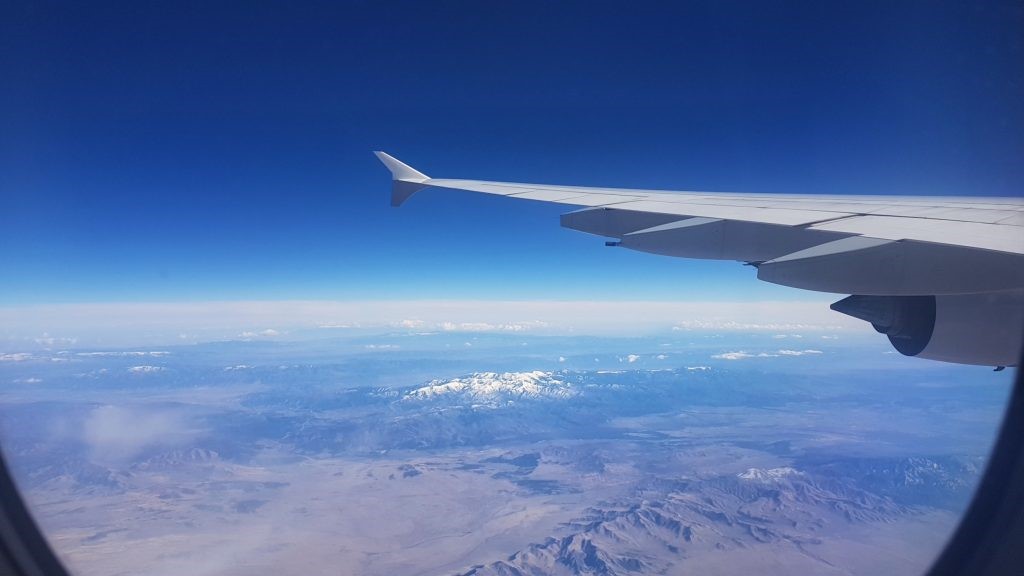 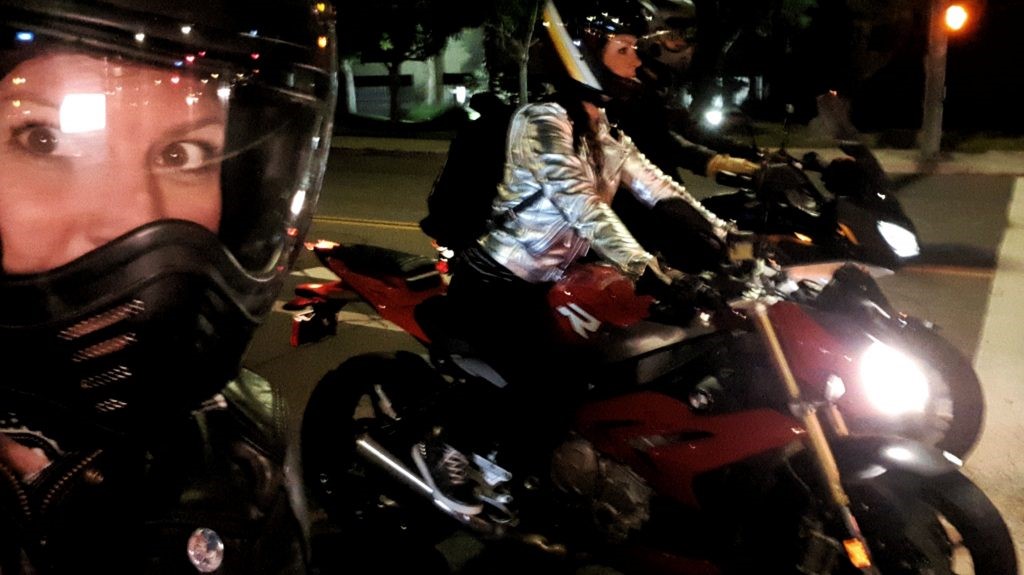 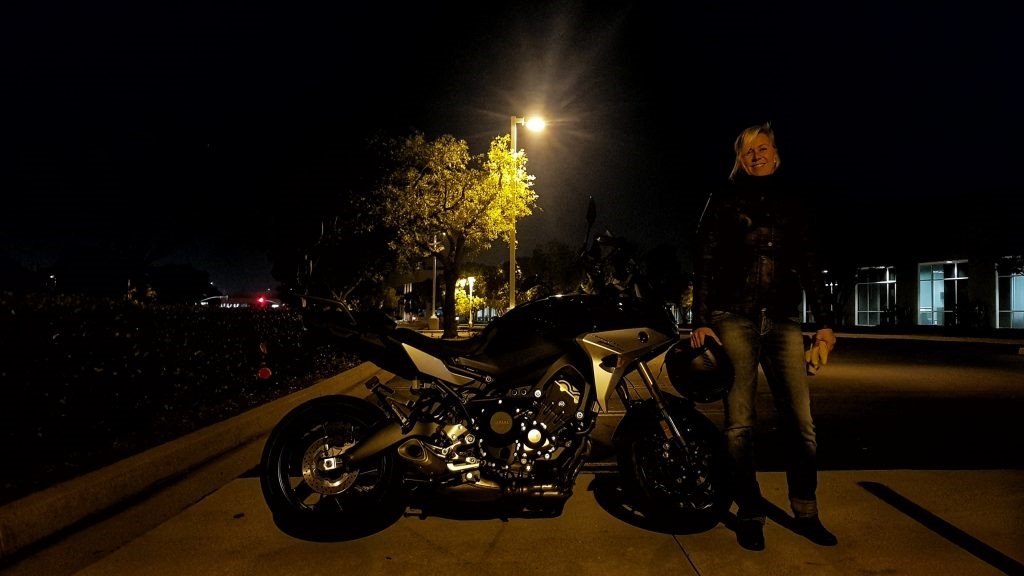 The next day, Barbara and I first explore Huntington, have a mountain of pancakes and egg omelets for breakfast at Ihop and then watch the many surfers from the pier. The sun is shining again today, but the Pacific is definitely freezing cold. Nevertheless, some surfers are in the water without a wetsuit. I shiver at the sight and get goosebumps.

In the afternoon, Barbara and I take a little spin down the Pacific Coast Highway to Roland Sands Design. Roland Sands and almost all employees are down on the beach preparing for the “Moto Beach Classic” festival. His chief mechanic Cameron holds the fort in the shop and gives us a little tour of the workshop. Also in between the conversions is a Harley Anthony Kiedis (for sale) and a conversion for Brad Pitt. And the machines visibly marked the last races, which are driven at the flat track at the weekend. 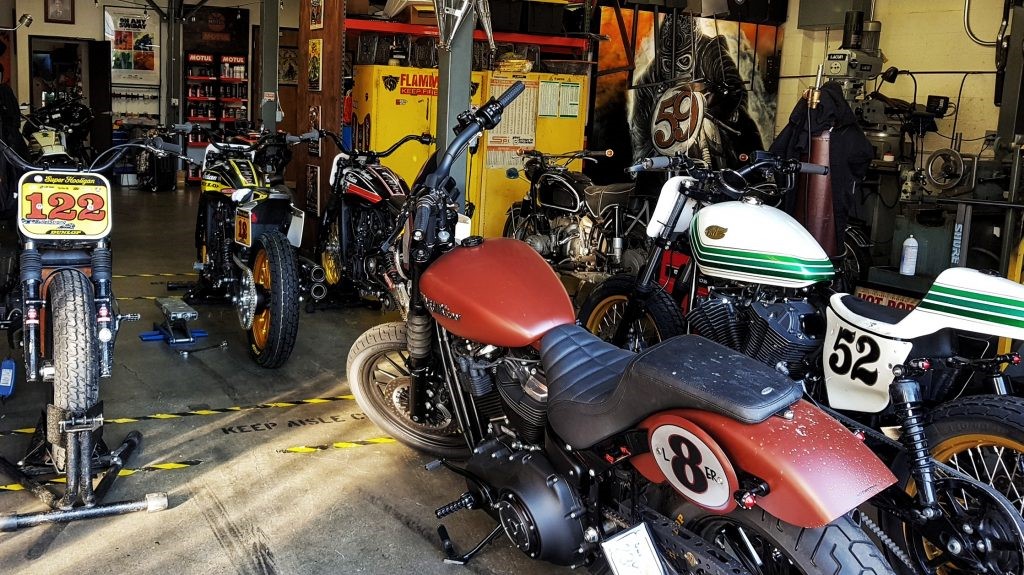 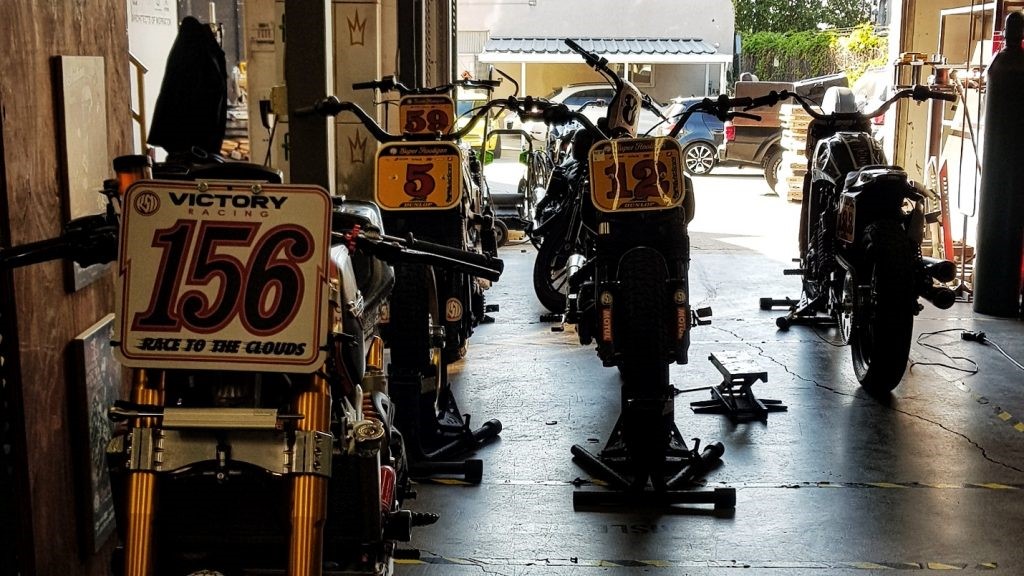 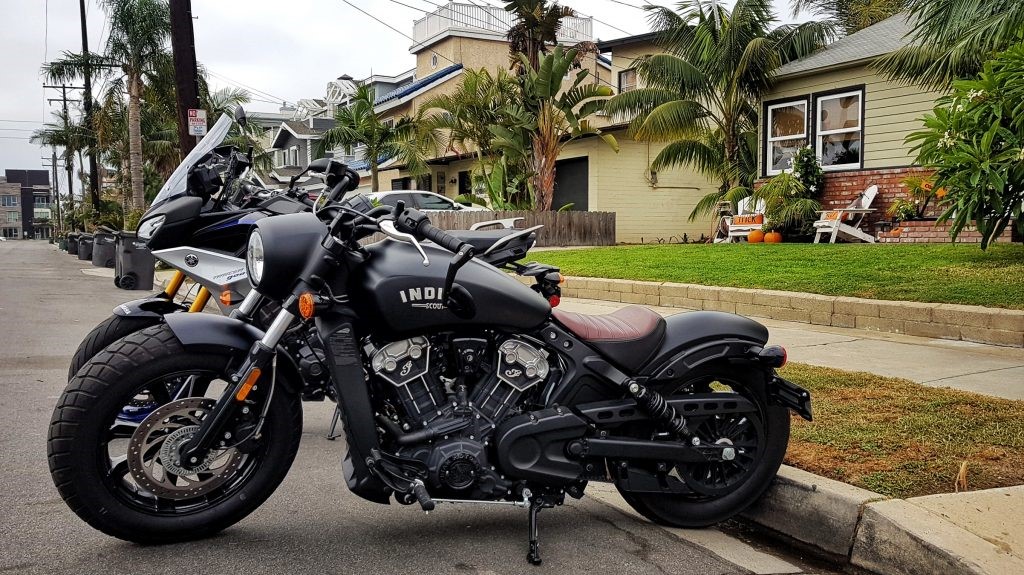 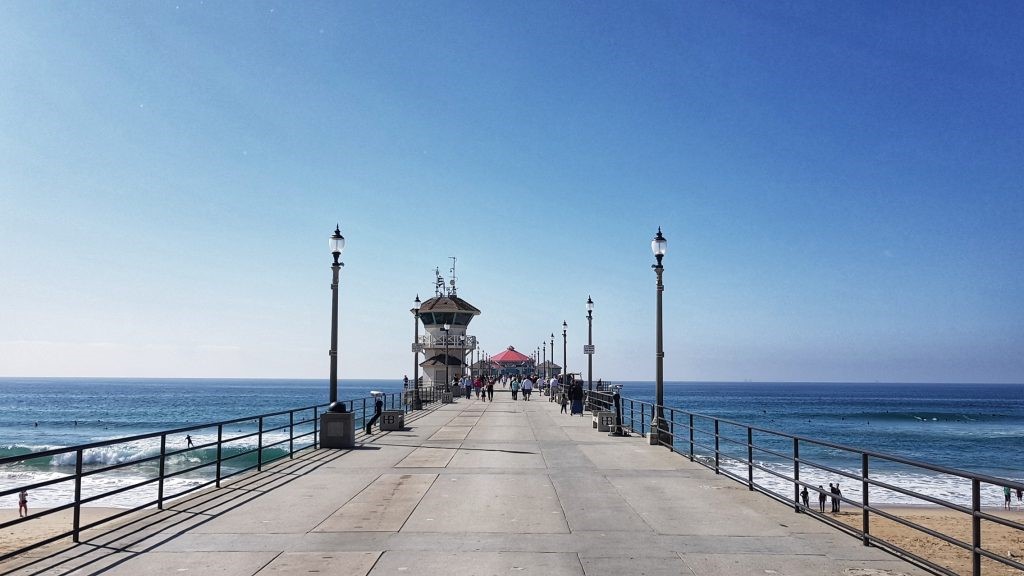 It’s Friday – today we have arranged to meet two friends from the UK, Anthony and Helen. They also came to LA especially for the Moto Beach Classic. We hear them long before they turn down the street from Juliana’s apartment. The system of the Indian Roadmaster is turned up to maximum. It runs AC/DC. Ant and Helen wear jeans, shirt, helmet and gloves. The maximum safety equipment of an American motorcyclist. We take the PCH1 south – unfortunately the weather is getting worse and worse here – dense fog is making its way from the Pacific towards the coast. In San Clemente we stop, have lunch on the pier and watch the fog, which has now almost reached the beach and has engulfed half the pier. It’s strange weather changes. We’re rushing back to Huntington, 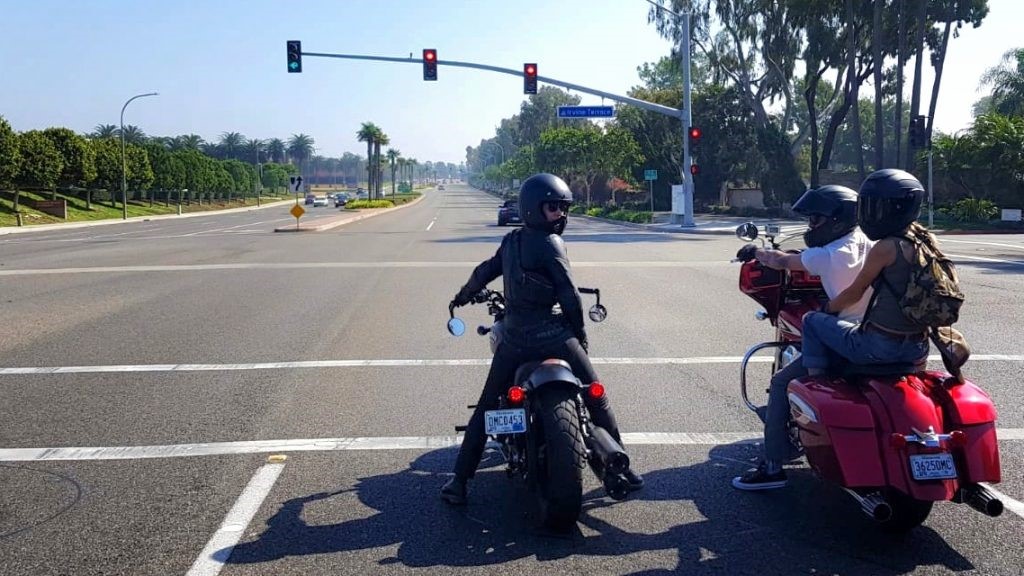 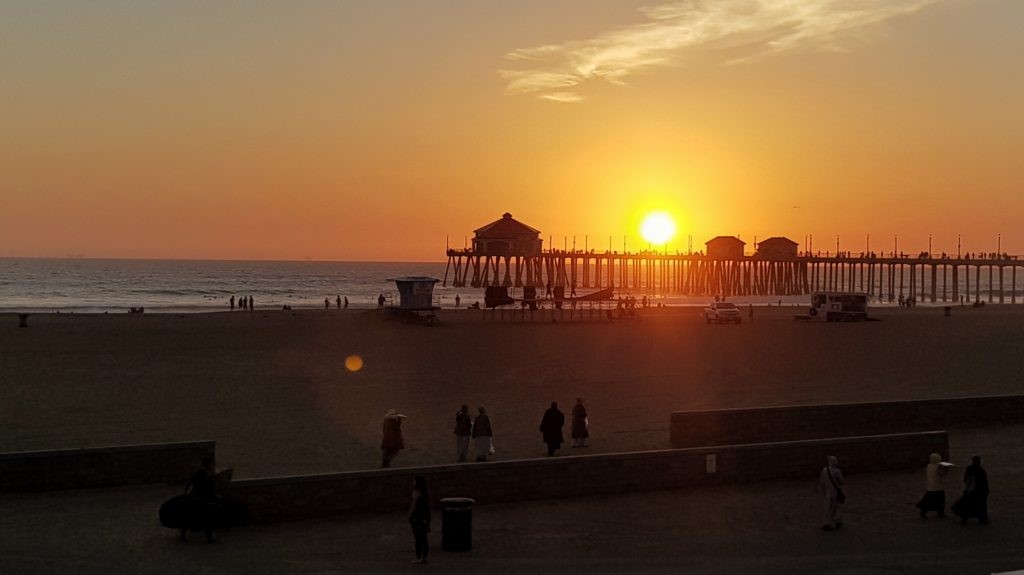 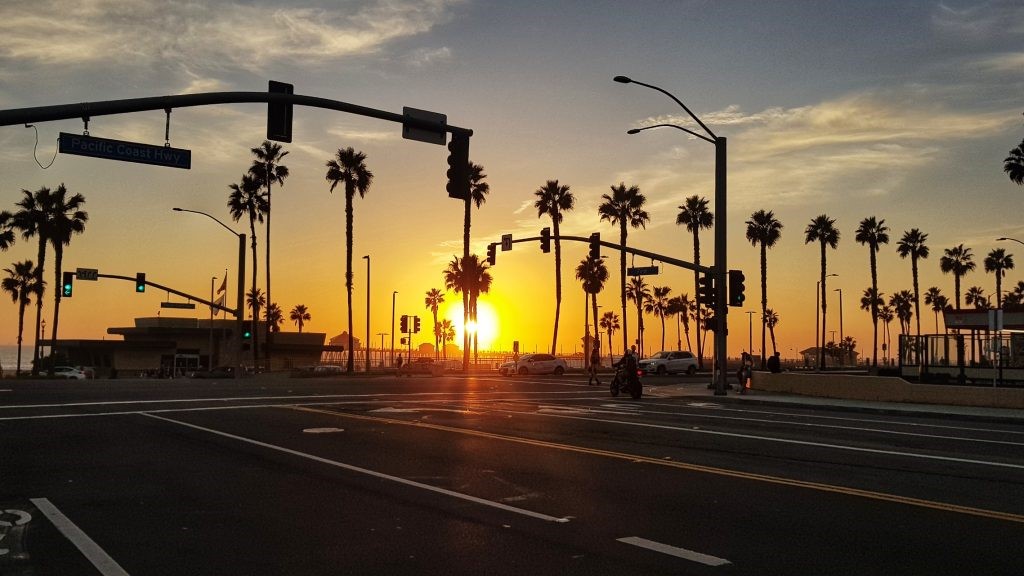 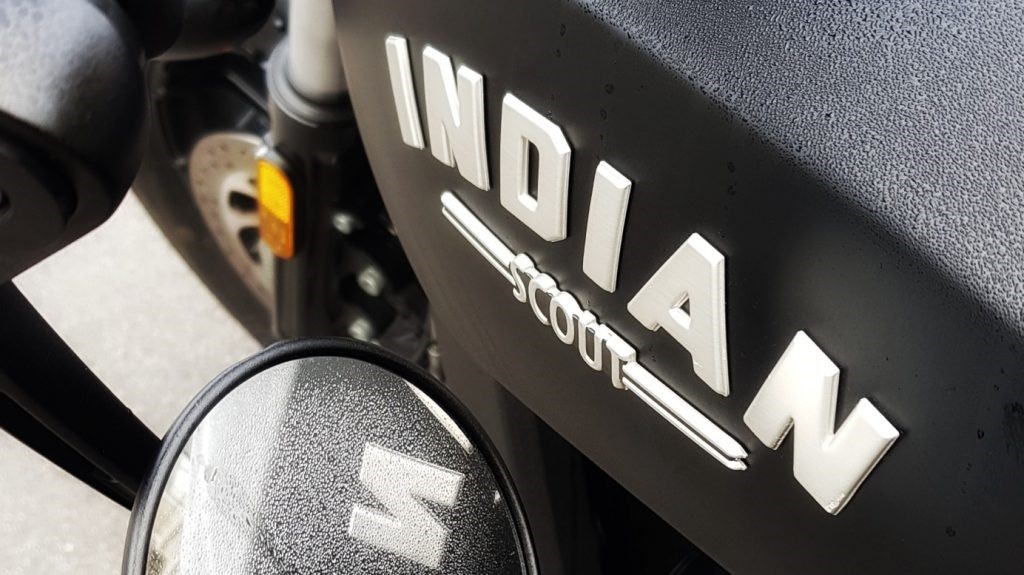 If I’ve learned anything on our Central Asia trip, it’s to reduce my luggage to a minimum and pack smart.…